Due to a delay in building, the first term was spent at the Padbury Community Hall and, as the Hall was shared with different community groups, the hall had to be cleared of all tables and chairs each morning and afternoon. A senior citizens group used the hall on Tuesday afternoons so students had to vacate the Hall and, instead, spent each Tuesday afternoon on Mullaloo Beach!

On 7th April 1978 the school officially opened with four classrooms, a library, one withdrawal, one wet area, tuckshop and toilet facilities and nine hectares of sand. Enrolments at that stage numbered some 80 pupils in Grades One to Four out of which 35 pupils were of Grade One.

During this time the School could not afford to have a cleaner, so parents were rostered to clean classrooms and toilets. The Sports Carnival was on a Sunday, as the staff needed the help of parents to run the events.

Whitford Catholic Primary School has continued to grow rapidly in line with developments in the northern corridor and is today a vibrant and welcoming, triple-stream school community with nearly 700 students from Pre-Kindergarten – Year 6.

Our current situation is indeed a tribute to the excellent goodwill and support of a strong community. 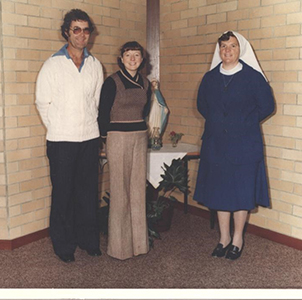 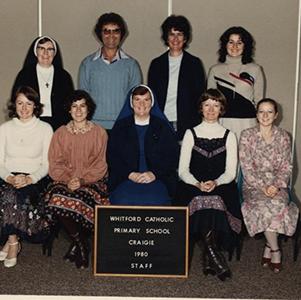 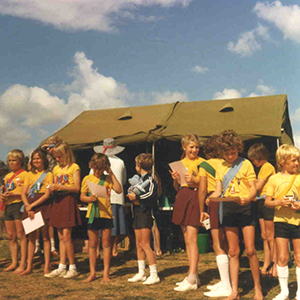 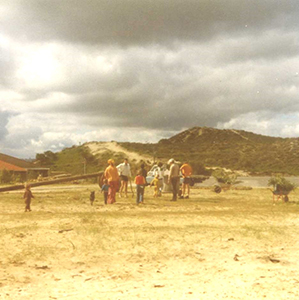 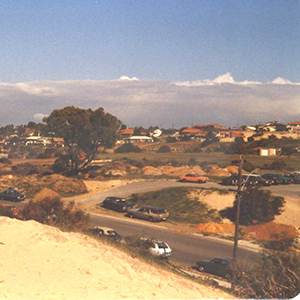 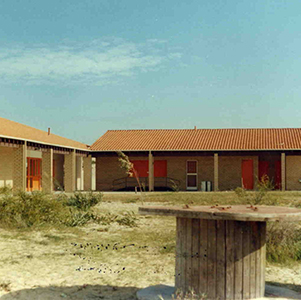